The Lord of Hosts Is with Us

God is our refuge and strength, a very present help in trouble. Therefore we will not fear, though the earth should change, though the mountains shake in the heart of the sea; though its waters roar and foam, though its mountains tremble with its tumult.

I wrote today’s devotional back in May 2018 while at a Christian writers’ conference in southern Alabama. There the Upper Room editor presented a wonderful workshop on how and why to write a devotional. The people in attendance were from all over the eastern U.S., but most were from the “Emerald Coast.”

My devotional says I live in Florida, and I used to, but I now live in Las Vegas. Here’s why I had to move:

Little did I know when I wrote today’s devotional, my world would be turned upside down and my devotional would become part of the “help in the time of storm.” On 10 October 2018, a raging hurricane called “Michael” would send its tightly spun Category 5 eye directly over my parsonage, which was just across the bay from Tyndall AFB. My house was in a grove of “protected” huge mossy oaks that I had predicted would one day destroy it.

I’d planned to sit out the storm as it sped up. Its projected trajectory was directly towards my small city. My wife was safe at her job up in Montgomery, my daughter was in college also in Montgomery, and my son was at college in England. Then something called “common sense” and the “still small voice” of God said, “Get in your car, Jack, and drive north.” I brought all my lawn items in from the deck, took down my gazebo, packed precious keepsakes and treasures in the dishwasher and refrigerator, and headed out. Not too soon.

Just hours after I made it to my nephew’s house in Montgomery, I turned on the Weather Channel. I rang my church office to learn two of my staff members and two others who lived in a trailer were hunkering down at the church. The eye was just then passing over, so things had calmed before the real storm, but already the front doors of the church had blown in with such violence that glass scattered up to the choir loft.

Three days later, I returned to see the razing and took shelter in my parsonage, although there was a new “skylight” in the kitchen, and all 12 of the 200-year-old mossy oaks had fallen from their majesty onto the house. While still without power, water, or telephone, help started showing up, mostly from churches that were only 10-15 miles away but which were worlds away from our level of destruction. Then I received an email from the writers’ group president from the conference. She said she had reached out to her network of Christian writers to tell them about my need. That resulted in my receiving almost immediate assistance from total strangers.

This is the miraculous and direct connection of today’s devotional to total acts of love that got me back on my feet, such as expressed through my favorite scripture, Psalm 46. How appropriate is its message now as we face this virus pandemic, to know… God’s got it! 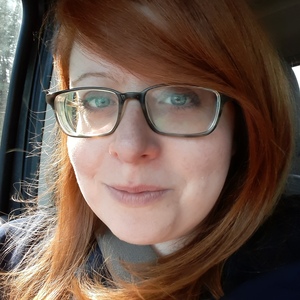 Lives and livelihoods have been torn apart by the COVID-19 pandemic, but there is incredibly good Read More

“I join many of those who will pray for you as you seek to discern what is it that you are called to be at this moment. May God grant you the courage. May we all open our eyes and see the misery, open our ears and hear the cries of God’s People and like God through the Lord Jesus Christ, be incarnate amongst them.”