One of my favorite fables is “The Three Big Sillies.”  In the version I know from a childhood storybook, the first silly goes into the cellar to get eggs.  She sees a gardening tool hanging from a beam in the ceiling and imagines it falling on someone’s head and killing him.  Overcome with fear and sadness, she forgets about the eggs, sits down, and cries.  The second silly goes to see what has happened to the first, and when the first silly tells the second silly the terrible thing that she has imagined, the second silly begins to cry as well.  Then the third silly — wondering what has happened — goes to the cellar to find the other two sillies sobbing.  When the first silly explains why, he joins them.

I find the whole scene hilarious — that three people could become so captive to such a far-fetched thought.  However, I also recognize the truth in it and that the tale is an allegory of how easily fear can guide our minds.

In the Book of Numbers, Moses sent spies to scout out Canaan.  They returned with negative reports, and it’s not much of a leap for me to feel the gloom when I read, “But the people who live there are powerful, and the cities are fortified and very large. We even saw descendants of Anak [giants] there” (Num. 13:28, NIV).  Hearing this, “all the congregation raised a loud cry, and the people wept that night” (14:1, NRSV).  Even in the face of God’s assurance that God was with them, their fear won out.  It kept them from entering the land that God had promised them — the land of milk and honey.  And they wandered in the wilderness for forty years.

Fear can stop the sanest, smartest, most well-grounded persons in their tracks.  Fear is easy to justify and deadly to all the beauty, wonder, wisdom, and mystery that can accompany human relationships.  It only requires the slightest turn of the imagination for everything to unravel.  Fear can come on quick and strong and spread like wildfire.  Above all, it has an almost unequaled ability to be destructive to the full, rich, good lives that God wants to give us.

Fear can, of course, serve a purpose.  There is a good reason that I get a knot in my stomach when I move toward the edge of a cliff or that I am nervous to drive in a rainstorm at night.  But fear loses its utility when the most absurd scenario is the only one I can fathom, and I start to believe that the worst that can happen will most certainly  happen despite plenty of evidence to the contrary and God’s reassurance that the giants in the land are no threat.

Presumably the three sillies emerged from the cellar, but I wonder what it took for them to realize that what they were weeping over would never come to pass.  As I look out over the horizon of a new year, the landscape can appear as formidable as it does inviting.  It would require little effort to imagine any number of situations that might go wrong.  But I feel the deepest resolve to not let fear have the final say.  Maybe what I fear the most will turn out to be filled with joy.  Maybe a new friendship that I am reluctant to make or an endeavor that I am hesitant to undertake will turn out to be the most life-giving.  Maybe the horrible thing I perceived from a distance will turn out to be unimaginably beautiful close up.  And certainly, whatever the scenario and however powerful my fear, God will be there, drawing me out of the cellar and toward abundant life.

Greetings, fellow The Upper Room enthusiasts. I’ve always enjoyed reading about other authors and what has Read More 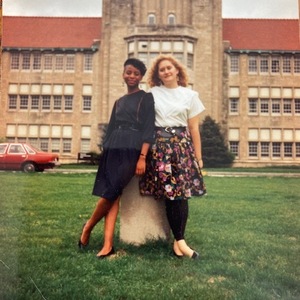 I have not yet mastered God’s language of prayer. Call me a novice, a newbie, and Read More