When my wife showed me the two-word obituary, I am embarrassed to tell you my initial reaction was one of laughter. I think I even made the comment, “Must have been quite a life.” I mean, whoever heard of such a short summary describing someone’s life? Obituaries are designed to tell those who read them a little bit about the person’s life. Here was a man who lived for 65 years, but we knew nothing about the life he lived.

Shortly afterward I realized how insensitive my original comments had been. Here I was, not knowing anything about this person, yet going so far as to make judgmental comments about his life. The verse from Luke 6:37 came to mind: “Do not judge, and you will not be judged” (NIV). But judging the person was exactly what I had done, and I humbly asked for God’s forgiveness.

In my prayer for forgiveness, the Holy Spirit directed my thoughts to the death of Christ, 2000 years ago. Jesus rode into town on Palm Sunday, hailed as a hero. But within a few days, he was abandoned, tortured, and sentenced to death on the cross. I would imagine those who weren’t witnesses to the crucifixion may have asked, “What happened to that man named Jesus, that crazy fellow who claimed to the Son of God?” For a couple of days, the answer was, “He died.” Even Jesus’ disciples were forlorn, trying to comprehend that this man — the man they followed for three years, who performed miracles in their sight, who told them that he and the Father were one — was now dead.

We now understand the reason for his death — his whole purpose in coming was to die for our sins. At times we don’t understand how God allows certain things to happen. But we need to remember that God is love, and God is sovereign. If you want proof, look no further than what happened on the Cross. God turned what seemed to be an unspeakable evil into the greatest act of mercy the world has ever seen. 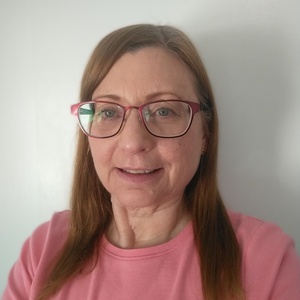