During the summer of 1973 I was in the cast of the first Smoky Mountain Passion Play in Townsend, Tennessee. I played several roles, the most prominent of which was Pontius Pilate. I also played the role of the disciple Philip and a created character named Benjamin the basket weaver. Each night, beginning at the time country people call “first dark,” we enacted the story of the last week of Jesus’ life.

Among the actors was a donkey with the unimaginative name Jack. Each evening Jesus climbed onto Jack’s back and rode down the dirt path that cut across the hill that served as the backdrop for the play. In this scene I played a disciple and walked with Jesus as he traversed the hill and onto the stage. Sometimes after it had rained and the path was wet and muddy, Jack would refuse to be ridden — he would have to be led during the triumphal entry. Sometimes he refused to accompany us altogether, making Jesus’ triumphal entry considerably less impressive and rewriting scripture in the process.

In truth, while we often call Jesus’ entry into Jerusalem “triumphal,” it was not really so much a triumph as it was a humble entry — an itinerant Jewish teacher riding not a horse but a donkey, surrounded by people throwing their outer garments down on the path before him and pulling limbs from nearby trees and waving them. By contrast, Pilate was entering the city through another gate, on a war horse accompanied by soldiers, and preceded by trumpets announcing his arrival. Jesus’ entry into the Holy City pales by comparison to Pilate’s, no matter how loud we shout, “Hosanna!”

Jesus was not riding toward an emperor’s throne and coronation. He was riding into the valley of the shadow of death. While Pilate’s entry into the city demonstrated the power of the Roman Empire, Jesus’ entry showed God’s boundless love flowing through him and into all those who would receive it. This love was not just for the women and men who accompanied Jesus along the way or only for those who shouted “Hosanna!” It extended to the disciples who would gather at table with Jesus — including Judas who would ultimately betray him, Peter who would deny knowing him, and everyone else who would desert him in his hour of need. God’s love was for those who shouted, “Crucify him!” and even extended to those who drove the spikes through Jesus’ wrists.

Then and now, Jesus absorbs all hatred, cruelty, and death, takes them to the grave, and leaves them there. God’s love extends to the women and men — to all of us — who encounter Jesus after his resurrection. Those who ran away in fear now go forth to preach God’s overflowing love. Although this love doesn’t always keep us from acting in disappointing ways or protect us from all harm, faith in God’s unending love embodied in Jesus and lived out by those of us who follow him allows us to walk into the future trusting in God’s love and sharing it with others as we go.

A beloved storyteller, author, preacher, teacher, and friend of The Upper Room, Rev. Michael E. Williams served as the Director of Preaching Ministries at the General Board of Discipleship of the United Methodist Church (1984-1990) and pastored several churches in the Tennessee Conference of the UMC. Following his retirement in 2017, he was the Writer/Storyteller in Residence at Martin Methodist College. He was the editor of The Storyteller's Companion to the Bible series (Abingdon) and author of several books, including the recently released Spoken into Being (Upper Room, 2018). 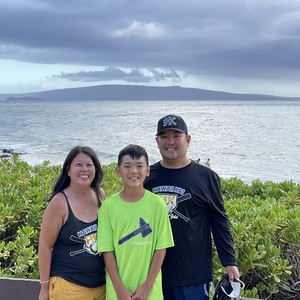 Brennan on a local hike Melissa, her husband, Ryan, and Brennan Dear UR Readers, I pray Read More 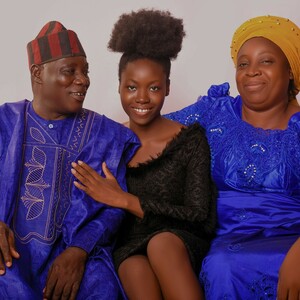