Artist Jorge Cocco Santángelo depicts a familiar biblical scene from Matthew 4 — Jesus calling the first disciples. According to verses 18-20, “As Jesus walked alongside the Galilee Sea, he saw two brothers, Simon, who is called Peter, and Andrew, throwing fishing nets into the sea . . . . ‘Come, follow me,’ he said . . . . Right away, they left their nets and followed him” (CEB). Perhaps they had heard John speak about Jesus or had heard stories of his baptism. But even if they had some idea of who Jesus was, surely they did not fully understand how much their response would change the course of their lives. One thing, however, is sure: they heard the call and responded faithfully. Later in the story, Jesus comes upon two brothers, James and John. Matthew 4:22 says Jesus called them and “immediately they left the boat . . . and followed him.”

Cocco Santángelo uses a new artistic style of his own creation called sacrocubism. Cocco Santángelo says that sacrocubism “portrays sacred and religious events in a style of painting with features of the post-cubist art movement.”* The brightest spot in the painting is located just above Jesus’ head, drawing the viewer’s focus toward him. A beam of light shines down on him, perhaps conveying the message that if we respond faithfully to Christ’s light, it will lead us along the right path.

As you contemplate Cocco Santángelo’s beautiful work, consider how and to what God might be calling you. Is the call obvious or subtle? Are you hesitant to trust or ready to follow? How might following God’s call shape your journey of faith? 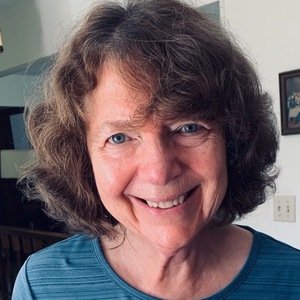