May 13, 2019 by Neliswa Chigudu (Johannesburg, South Africa)
Related Devotionals: Before We even Speak

In the world of “instant everything” that we live in, our minds have now also become accustomed to the idea that things should always happen instantly. When we think that, however, we are not being cognizant of the fact that some things, though available, are not necessarily ready for delivery or receipt. Therefore to deliver or receive them prematurely will only spoil the quality of what could have been. This type of mentality has even affected how we view prayer. We often treat God like we might treat an instant message: send now, check to see if our message was received, and then expect an instant response. Of course God has heard us, and we may even hear a response immediately, but we are not guaranteed a quick answer.

God answering our prayers is deeper than just a mere answer. It speaks to God’s glory because God knows that we actually stand to benefit much more. The magnitude to which God’s response will impact and be a blessing to other people is also a factor. When Jesus taught us to pray the Lord’s prayer, he told us to say: “Our Father…, Give us this day, our daily bread,… and forgive us….” By this alone, we already see that what we pray and ask for is an important issue, because God has created us to live for each other in harmony with others and with nature.

In John 11:1-44, Jesus was sent for by Mary and Martha about the sickness of their brother Lazarus. We are told that he answered immediately and said the sickness was not unto death, but that he may be glorified through it. Although the answer was instant, deliverance only came four days later, after Lazarus had even died and was buried. When reading the whole story, we can understand why. It is because he knew the death alone would draw more people to witness the miracle he was going to perform, confirming who he had declared himself to be, even to those who were in denial. (See John 10.) The resurrection miracle was to be a testimony unto all. Lazarus and his sisters also gained through Jesus’ glory an experiential knowledge of a living God.

In Peter’s story in Acts 12:1-19, we find a similar incident during Peter’s apprehension. God could have delivered Peter from the first day the church prayed, but God opted not to. Instead, God waited until the last hour — the night before Peter’s trial. Herod thought he was about to have a big, showy execution before those who had come for the Passover festivities, but God counterfeited his plan and changed it to glorify God.

When God doesn’t show up immediately as we would have wanted, it’s not an indication of negligence but a reminder that God knows where more weight in the answer lies, both for us and others. Like the believers who prayed unceasingly for Peter, let’s keep at God’s feet. Our answer will come knocking at our door, perhaps at an unexpected time like Peter’s, or in an unexpected form like Lazarus’, and our faith will be magnified. 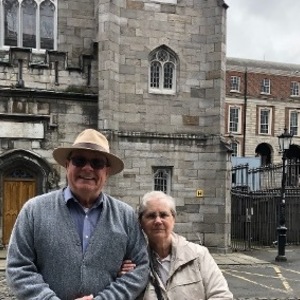 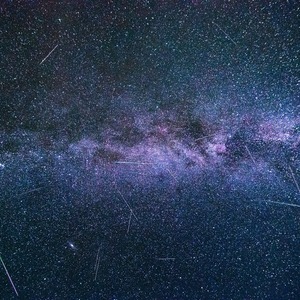 Together Even When Apart

One Lord, one faith, one baptism. — Ephesians 4:5 (NIV) My husband and sat in front Read More

"In these strange new days...

...devoid of our regular routine and filled instead with uncertainty and a hum of anxiety, my husband and I have found the practice of joining The Upper Room each day at 11am (CST) via Facebook to pray, listen, and learn in community, including my sister in Houston. This is a much-needed healing balm." Join us on Facebook each day at 11AM Central.