My encounter with the woman in today's meditation changed the way I viewed the world. For the first time, I perceived the interrelatedness of all things, and I felt part of the fabric of life and being. I resolved to try to create hospitality for the lonely whenever and wherever I could. It occurred to me that, like the woman in my encounter, those who are lonely may accept their situation and eventually cease to reach out to others for companionship or even aid; I would have to go to them. This became a hallmark of my ministry.

In my first parish, I noticed a man who always sat on the back pew, never really interacting with others. He was known for putting a two-dollar bill in the offering plate each Sunday. He was said to live alone, and had retired from driving a Coca-Cola truck for many years. I made an appointment to see him. When the day arrived, I made my way to his house in a grove of trees. He offered me hospitality in his dining room in the form of a plate that held saltines covered in peanut butter, sardines, a chocolate chip cookie, and what I believe was a slice of luncheon meat. All to be accompanied by Coca-Cola, of course. It is still the most charming meal I’ve ever been served. We became good friends for many years.

Later life dealt me some hard blows too. I became fearful, anxious, and began cutting myself off from others. One late night I was taking a walk around my neighborhood, feeling besieged. It was the "dark night of my soul," I suppose. Gradually I began to remember the faces of the lonely people whose friendship I had purposely cultivated through the years. They became a cloud of witnesses for me. There are many authentic ways of being and many coping strategies to allow us to meet the inevitable setbacks of life. I knew I could be well because so many of my so-called "lonely" friends had developed means of coping with the difficulties of life. Upon reflection, I realized that my ministry to them had actually become their ministry to me, and it helped save me from my despair in those dark, lonely days. 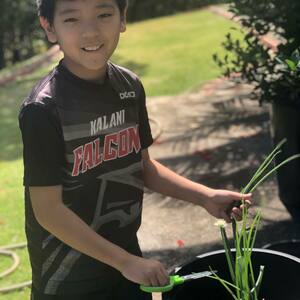 When change comes to our lives, the degree of transition difficulty varies according to how radical Read More