I was raised in a sort-of Christian home. My father was an agnostic and my mother took me to church once a week, but God and the Bible were never discussed otherwise. I had a picture of Jesus on my wall and always thought that it would be great if someone could know that they were going to heaven. When I went to college I had a roommate who was all about Christianity. He met with Christians a lot, read the Bible every day, and even went out and talked to people about the gospel. I had no idea what the gospel was, and I told him that I could not believe like he did because I believed that evolution was true.

But then things came crashing down. A girl that I had been interested in for quite a while turned down a date with me. I had applied to veterinary school but was rejected. So I asked my roommate if I could go with him to one of his church meetings. I wanted what he had. Once there I was amazed by the genuine singing and worship, by teaching that was actually from the Bible, and by friendly, caring people. As we left, I told God that I had messed up my life and wanted him to take control. It was then that I believe that I was born-again. I knew that I was going to heaven because the Bible made that promise.

That was 40 years ago. I married a woman that I met in church. We have twin daughters. I run the church bookstore and teach adult Sunday school class. My wife sings in the choir and is involved in several ministries. She has also given thousands of Gospels of John to people that she meets all over the place. My daughters are in youth group and serve in various ways at the church.

I have written four books and have also had published over 250 Christian articles and devotions including many in “The Upper Room.” I wrote my book Contemplating the Almighty because I was going through a rough period in my life and realized that the best way to come out of it would be to know God. For over a year as I read the Bible I would write in a notebook what passages taught about God. When I had finished the entire Bible I went back and compiled my notes. The result was not just a book but my life was now on the steady foundation of Jesus Christ. That deeper understanding is what drives me as a Christian to obey and glorify God in all ways. The difference before and after writing that book was like Job 42:5, “I have heard of You by the hearing of the ear; But now my eye sees You.” Once I had only known God through what I had heard, but now I feel that I see God as more personal and intimate. 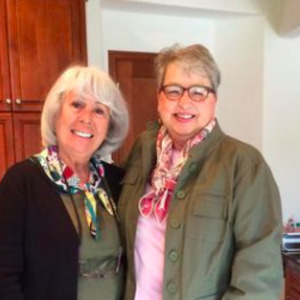