My uncle was a World War II veteran who served in the Pacific Theater. My father and my uncle ran into each other at the Battle of Okinawa. They had quite a homecoming when they found a couple of warm beers (so I have been told), but neither one knew that they would be together at that site.

My uncle was not very tall, but he did box with the Golden Gloves. After the War, my uncle purchased a small piece of land in Northwest Georgia and built a small country store with two gasoline pumps. My uncle’s father, my grandfather, had three stores in the area, and I guess my uncle thought he would go into retail as well. However his father died quite young, so his mother raised him and his brothers.

It has been said that the woman makes the man, and my uncle’s wife (who is still living and is 94 years old) was always supportive of his work in the store. I remember that the entrance to the store was a screen door that squeaked when opened. The floors were pine wood and very dusty. There was a Coca-Cola machine that had the best Coca-Cola you ever tasted, especially when you were outside on a hot Georgia day. I remember my uncle often helping customers find what they were looking for. And he would always give us children some candy or soft drinks when we would visit him at the store.

Because of my uncle’s example, I try to be kind to others and not judge them based on how they are dressed or how much money they may have. We are all equal in God’s eyes. We may have started out in different boats, but we are all in the same boat now and we are the same. My uncle was consistent in his actions and relationships with other people. I try to copy that behavior. I remind myself to store up treasures in heaven by trying to do what Jesus wants us to do—his will.

The Bible has many passages that remind me of the importance of serving others. Proverbs 11:25 states, “A generous person will prosper; whoever refreshes others will be refreshed.” The New Testament is filled with stories of Jesus helping others through his healings and many miracles. Matthew 22:39 teaches us that we are to demonstrate our love for others through our actions. 1 John 3:17-18 says, “If anyone has material possessions and sees a brother or sister in need but has no pity on them, how can the love of God be in that person? Dear children, let us not love with words or speech but with actions and in truth.” In Matthew 19:20-22, we read, “The young man said to [Jesus], ‘I have kept all these; what do I still lack?’ Jesus said to him, ‘If you wish to be perfect, go, sell your possessions, and give the money to the poor, and you will have treasure in heaven; then come, follow me.’ When the young man heard this word, he went away grieving, for he had many possessions.”

My uncle was an example of faith for me because he was the one who led me to Jesus Christ, and I accepted him Jesus my savior. My wife is also an example of faith to me because she is my caretaker and she helps me fight Parkinson’s disease, which I have had for over 5 years now. However she still maintains a schedule of helping others by baking food for the sick in our church and in the community. She constantly does whatever she can to help others with their needs. Their examples of faith have helped me in my own faith journey. 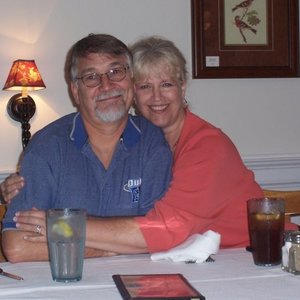 “In these strange new days...

...devoid of our regular routine and filled instead with uncertainty and a hum of anxiety, my husband and I have found the practice of joining The Upper Room via Facebook to pray, listen, and learn in community, including my sister in Houston. This is a much-needed healing balm." Join us on Facebook Monday, Wednesday, and Friday at 11:00 AM CT.