Lightning zipped across the sky with thunder roaring on its heels, as we drove from downtown Seattle to Duvall, Washington. From the back seat my nine-year-old great-niece cried out in fear. Twisting around, I saw her small body shaking and tears streaming down her cheeks. I felt helpless because I...

Today's Prayer
God of all comfort, thank you for your constant presence with us and for your word that assures us of protection and comfort. Amen.
Listen to the Devotional

1 After the Sabbath, at dawn on the first day of the week, Mary Magdalene and the other Mary came to look at the tomb. 2 Look, there was a great earthquake, for an angel from the Lord came down from heaven. Coming to the stone, he rolled it away and sat on it. 3 Now his face was like lightning and his clothes as white as snow. 4 The guards were so terrified of him that they shook with fear and became like dead men. 5 But the angel said to the women, “Don’t be afraid. I know that you are looking for Jesus who was crucified. 6 He isn’t here, because he’s been raised from the dead, just as he said. Come, see the place where they laid him. 7 Now hurry, go and tell his disciples, ‘He’s been raised from the dead. He’s going on ahead of you to Galilee. You will see him there.’ I’ve given the message to you.” 8 With great fear and excitement, they hurried away from the tomb and ran to tell his disciples. 9 But Jesus met them and greeted them. They came and grabbed his feet and worshipped him. 10 Then Jesus said to them, “Don’t be afraid. Go and tell my brothers that I am going into Galilee. They will see me there.” 16 Now the eleven disciples went to Galilee, to the mountain where Jesus told them to go. 17 When they saw him, they worshipped him, but some doubted. 18 Jesus came near and spoke to them, “I’ve received all authority in heaven and on earth. 19 Therefore, go and make disciples of all nations, baptizing them in the name of the Father and of the Son and of the Holy Spirit, 20 teaching them to obey everything that I’ve commanded you. Look, I myself will be with you every day until the end of this present age.”

When fears and doubts arise, I can rely on God’s promises.

Those who are fearful 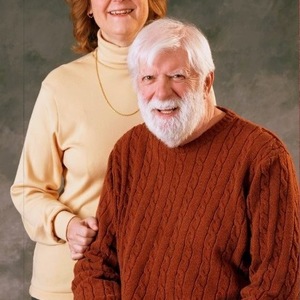