We were . . . buried with him through baptism into death in order that, just as Christ was raised  from the dead through the glory of the  Father, we too may live a new life. - Romans 6:4 (NIV)

My mom was the only child born to a 13-year-old single mother in the 1930s. She grew up poor and feeling unloved. My mom was an angry woman who didn’t appear to like being a mom. She raised us the same way she’d been raised, with a harsh tone and...

Today's Prayer
Dear Lord, give us the desire to show others love as you have loved us and the strength to treat others well regardless of our circumstances. Amen.
48 Comments
sorted by
Log In to leave a comment

3 Or don’t you know that all who were baptized into Christ Jesus were baptized into his death? 4 Therefore, we were buried together with him through baptism into his death, so that just as Christ was raised from the dead through the glory of the Father, we too can walk in newness of life. 5 If we were united together in a death like his, we will also be united together in a resurrection like his. 6 This is what we know: the person that we used to be was crucified with him in order to get rid of the corpse that had been controlled by sin. That way we wouldn’t be slaves to sin anymore, 7 because a person who has died has been freed from sin’s power. 8 But if we died with Christ, we have faith that we will also live with him. 9 We know that Christ has been raised from the dead and he will never die again. Death no longer has power over him. 10 He died to sin once and for all with his death, but he lives for God with his life. 11 In the same way, you also should consider yourselves dead to sin but alive for God in Christ Jesus.

Once I come to know the love of Christ, I can show it to others.

To love others no matter what

Create in me a clean heart, O God, and put a new and right spirit within Read More 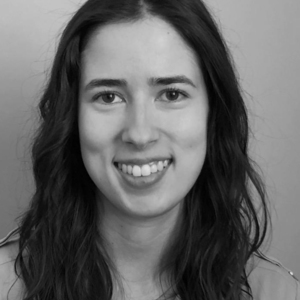 Several years ago, I was in a car accident. The other driver and I suffered only Read More

The Upper Room lifts the spirits of residents I serve as a correctional chaplain. Christians and non-Christians read the devotions, reminding them of an alternative path to a loving God that will walk alongside them through the good and ugly of life.”