I had been crying out to God asking for a particular door to open for me, and when the door did not open I grew depressed and doubtful. I began to feel that God did not care about me.

I wonder if Mary and Martha felt the same way in...

Today's Prayer
Dear God, thank you for working all things to your glory. When life seems out of control, help us to trust you. We pray as Jesus taught us, saying, “Our Father which art in heaven, Hallowed be thy name. Thy kingdom come. Thy will be done, as in heaven, so in earth. Give us day by day our daily bread. And forgive us our sins; for we also forgive every one that is indebted to us. And lead us not into temptation; but deliver us from evil” (Luke 11:2-4, KJV). Amen.
58 Comments
sorted by
Log In to leave a comment

1 A certain man, Lazarus, was ill. He was from Bethany, the village of Mary and her sister Martha. ( 2 This was the Mary who anointed the Lord with fragrant oil and wiped his feet with her hair. Her brother Lazarus was ill.) 3 So the sisters sent word to Jesus, saying, “Lord, the one whom you love is ill.” 4 When he heard this, Jesus said, “This illness isn’t fatal. It’s for the glory of God so that God’s Son can be glorified through it.” 5 Jesus loved Martha, her sister, and Lazarus. 6 When he heard that Lazarus was ill, he stayed where he was. After two days, 7 he said to his disciples, “Let’s return to Judea again.” 8 The disciples replied, “Rabbi, the Jewish opposition wants to stone you, but you want to go back?” 9 Jesus answered, “Aren’t there twelve hours in the day? Whoever walks in the day doesn’t stumble because they see the light of the world. 10 But whoever walks in the night does stumble because the light isn’t in them.” 11 He continued, “Our friend Lazarus is sleeping, but I am going in order to wake him up.” 12 The disciples said, “Lord, if he’s sleeping, he will get well.” 13 They thought Jesus meant that Lazarus was in a deep sleep, but Jesus had spoken about Lazarus’ death. 14 Jesus told them plainly, “Lazarus has died. 15 For your sakes, I’m glad I wasn’t there so that you can believe. Let’s go to him.”

Even when a door has closed, God is with me.

Those who feel God isn’t listening 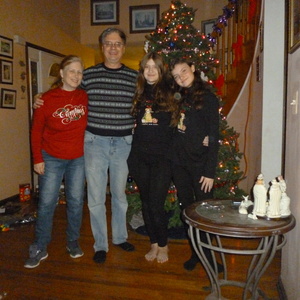 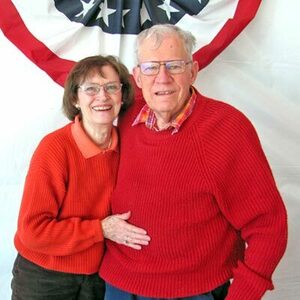 Mary Hunt Webb and her husband, Morris Webb The conversation with a classmate that I described Read More