Though Jesus loved Martha and her sister and Lazarus, after having heard that Lazarus was ill, he stayed two days longer in the place where he was. - John 11:5-6 (NRSV)

Martha and Mary were dealing with a painful experience: their brother was ill, and they needed help. When they sent for Jesus, they must have hoped that he would come to them immediately, but he did not come for two more days.

Martha and Mary felt they needed an immediate...

Today's Prayer
Dear Lord, help us to remember that you love us always, even when things don’t go the way we hope. Amen.
64 Comments
sorted by
Log In to leave a comment

1 A certain man, Lazarus, was ill. He was from Bethany, the village of Mary and her sister Martha. ( 2 This was the Mary who anointed the Lord with fragrant oil and wiped his feet with her hair. Her brother Lazarus was ill.) 3 So the sisters sent word to Jesus, saying, “Lord, the one whom you love is ill.” 4 When he heard this, Jesus said, “This illness isn’t fatal. It’s for the glory of God so that God’s Son can be glorified through it.” 5 Jesus loved Martha, her sister, and Lazarus. 6 When he heard that Lazarus was ill, he stayed where he was. After two days, 7 he said to his disciples, “Let’s return to Judea again.” 8 The disciples replied, “Rabbi, the Jewish opposition wants to stone you, but you want to go back?” 9 Jesus answered, “Aren’t there twelve hours in the day? Whoever walks in the day doesn’t stumble because they see the light of the world. 10 But whoever walks in the night does stumble because the light isn’t in them.” 11 He continued, “Our friend Lazarus is sleeping, but I am going in order to wake him up.” 12 The disciples said, “Lord, if he’s sleeping, he will get well.” 13 They thought Jesus meant that Lazarus was in a deep sleep, but Jesus had spoken about Lazarus’ death. 14 Jesus told them plainly, “Lazarus has died. 15 For your sakes, I’m glad I wasn’t there so that you can believe. Let’s go to him.” 16 Then Thomas (the one called Didymus) said to the other disciples, “Let us go too so that we may die with Jesus.”

Even when my prayers seem unanswered, God still loves me.

Those with loved ones in hospice care 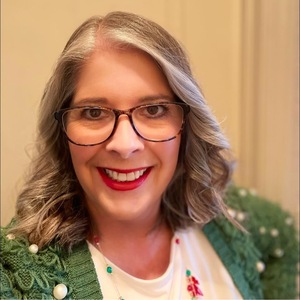