Neither death, nor life . . . nor height, nor depth, nor anything else in all creation, will be able to separate us from the love of God in Christ Jesus our Lord. - Romans 8:38-39 (NRSV)

In today’s reading, the disciples were overcome by fear and woke Jesus from a sound sleep. They cried out and questioned his care for them. But Jesus calmed the wind and waves with the command, “Peace! Be still!” Jesus then challenged the disciples, “Why are you afraid? Have you still...

Today's Prayer
Thank you, Lord, for hearing our prayers and giving us your peace in the stormy times of our lives. Amen.
0 Comments
Log In to leave a comment

35 Later that day, when evening came, Jesus said to them, “Let’s cross over to the other side of the lake.” 36 They left the crowd and took him in the boat just as he was. Other boats followed along. 37 Gale-force winds arose, and waves crashed against the boat so that the boat was swamped. 38 But Jesus was in the rear of the boat, sleeping on a pillow. They woke him up and said, “Teacher, don’t you care that we’re drowning?” 39 He got up and gave orders to the wind, and he said to the lake, “Silence! Be still!” The wind settled down and there was a great calm. 40 Jesus asked them, “Why are you frightened? Don’t you have faith yet?” 41 Overcome with awe, they said to each other, “Who then is this? Even the wind and the sea obey him!”

When my life seems to be falling apart, Jesus can give me peace.

Those Recovering from   Natural disasters

Leland with his wife, Bonnie “Train up a child in the way he should go: and Read More

Using Our Gifts for God’s Glory

When I wrote my devotion “Isn’t It Glorious?” I was having a break between writing projects. Read More 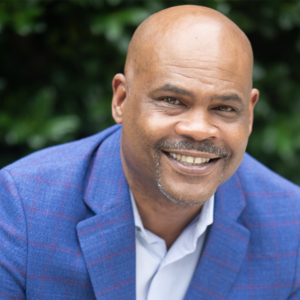 Just As We Are

"God doesn’t just save us for heaven in the future. God saves our hearts and souls and bodies in the here and now. God cares about our whole person, just as we are." Read more.

—Rev. Junius B. Dotson
Author and General Secretary of Discipleship Ministries, an international agency of the United Methodist Church