When my father passed away, my neighbors gave me a small orchid to place in the windowsill. At the time it had a beautiful bloom, but the bloom eventually died. My wife and I kept watering the plant and waiting for another bloom. Several years passed; the orchid was alive...

Today's Prayer
Dear God, help us to seek you first as we look for direction and guidance. Only you can lead us to our true purpose. Amen.
71 Comments
sorted by
Log In to leave a comment

14 So Pharaoh summoned Joseph, and they quickly brought him from the dungeon. He shaved, changed clothes, and appeared before Pharaoh. 15 Pharaoh said to Joseph, “I had a dream, but no one could interpret it. Then I heard that when you hear a dream, you can interpret it.” 16 Joseph answered Pharaoh, “It’s not me. God will give Pharaoh a favorable response.” 39 Then Pharaoh said to Joseph, “Since God has made all this known to you, no one is as intelligent and wise as you are. 40 You will be in charge of my kingdom, and all my people will obey your command. Only as the enthroned king will I be greater than you.” 41 Pharaoh said to Joseph, “Know this: I’ve given you authority over the entire land of Egypt.” 42 Pharaoh took his signet ring from his hand and put it on Joseph’s hand, he dressed him in linen clothes, and he put a gold necklace around his neck. 43 He put Joseph on the chariot of his second-in-command, and everyone in front of him cried out, “Attention!” So Pharaoh installed him over the entire land of Egypt.

I will trust God to act according to God’s timing.

For patience in waiting for God 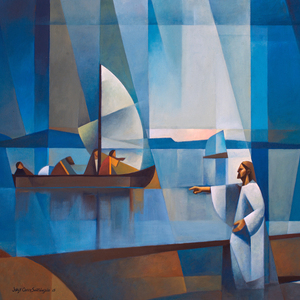