Seeing, and Seen, Through Suffering

10 Then the LORD changed Job’s fortune when he prayed for his friends, and the LORD doubled all Job’s earlier possessions. 11 All his brothers, sisters, and acquaintances came to him and ate food with him in his house. They comforted and consoled him concerning all the disaster the LORD had brought on him, and each one gave him a qesitah and a gold ring. 12 Then the LORD blessed Job’s latter days more than his former ones. He had fourteen thousand sheep, six thousand camels, one thousand yoke of oxen, and one thousand female donkeys. 13 He also had seven sons and three daughters. 14 He named one Jemimah, a second Keziah, and the third Keren-happuch. 15 No women in all the land were as beautiful as Job’s daughters; and their father gave an inheritance to them along with their brothers. 16 After this, Job lived 140 years and saw four generations of his children. 17 Then Job died, old and satisfied.

Job’s story ends happily. God restores his fortunes twofold, and he is blessed with ten more children: seven sons and three daughters. Job is transformed, a transformation far deeper than the reversal of his woes, more profound than the end of his suffering. He sees the beauty and preciousness of...

All-seeing, all-giving, all-knowing God, may I respond with gratitude and grace to your generosity. Amen.

Sometimes we can look back and see why challenging things happened to us, but this is not always the case. Job never fully understood his story but finally submitted his life to God in humility. In Job’s case, God restored with abundance. The psalmist also rejoices that although the righteous may suffer, God brings ultimate restoration. The reading from Hebrews continues celebrating Christ’s role as the compassionate high priest. Unlike human high priests, who serve only for a time, Christ remains our priest forever. A man without sight in Jericho knows of Jesus compassion and cries out for it, despite attempts to silence him. He asks Jesus for mercy, physical healing in his case, and Jesus granted his request because the man has displayed great faith. 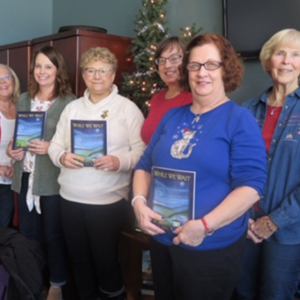