Laughter is good medicine for the soul.  Even with our dilemma on that eventful day detailed in my meditation, our senior ministry group found several instances to share laughter.

For starters, as we were about to leave the park, the bus would not go into reverse. Interestingly, several state prisoners were at the park picking up trash.  One of our members asked the guard if they could push the bus backward so we could go forward.  He complied—they did—and we crawled along for about two miles before reaching the sister church that rescued us.

There is a scene in a movie with Cicely Tyson and Richard Pryor where members of the KKK push the characters’ bus out of the mud in a rural area. Getting our bus out of the mud our first opportunity to share laughter, as well as thanks.  Who would have thunk we would also have such unexpected rams in the bush!

You’ve probably surmised that our bus was experiencing serious transmission issues—not changing gears.  As we approached two stop signs after leaving the park, some members jokingly urged the driver to keep going, lest the bus stopped before we could seek mechanical help.  Thank goodness he didn't listen to us.  In about a mile, we crept into a body shop.  They put transmission fluid in the bus but assured us it would not make the trip home. In another mile the crippled bus got us to the rescue church.

Dining at a popular family restaurant in the area was part of the itinerary that day.  Almost three hours had elapsed between the time we left the park, stopped at the body shop, and received permission to use the van. However, we decided to keep our dinner plans anyway.  Thank God it was a buffet, because by now we were truly famished!

As we piled out of the van at the restaurant, the curious stares we received were quite amusing.  Of course, the church’s name and address were blazoned across the side of the borrowed van.  Perhaps those curious looks were from church members in this small southern town.  Surely that church didn’t have 16 black members. Although we momentarily laughed at those baffled looks, we were rightfully concerned that someone might report the van as stolen. After all, only the church trustee chair and secretary knew that we legally had a right to use the van. Our one fervent prayer was that the police would not stop us.  Then we would have to explain our dilemma all over again, while still hopeful for a satisfactory outcome.

Mind you, this was a 15-passenger van accommodating 16 adults, so the term “packed in like sardines” was fitting for us that day. Deciding on a suitable seating arrangement was truly hilarious. Eventually, one smaller person volunteered to sit on the floor.  The two guys stretched their legs on the floor behind the back seat. We all know that music is a universal soother for any situation. Thus, we sang awhile and told a few clean jokes. We even learned a little bit more about each other on the way home.

Lastly, prayer is a powerful weapon also.  From the time we left home that morning to each interval throughout that ordeal, we prayed.  When the church honored our request, we offered a sincere prayer of thanksgiving. On the way home, we prayed for safety.  Once we arrived safely in Atlanta, we prayed again.  We will be eternally grateful to that church for its good deed.  “We were stranded and you rescued us.”  Amen. 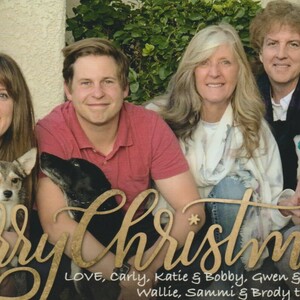 Hi Readers: I regret how badly I handled this Godly situation described in my devotion. Certainly Read More

Six years have passed since the cancer diagnosis I wrote about in my devotion, but what Read More