My family began worshiping together when a new church was formed in our town. We had never belonged to or attended a church previously, but my father was drawn into the excitement of a new faith community. I went to Sunday school in the basement of the home where the pastor and his family lived. The adults met in their living room upstairs. Seeing how enthused my parents were, my siblings and I were also happy to be part of the new church.

Through these small groups, this church — located in Long Island, New York — eventually formed a full congregation, and later established a church building. I often wondered what resources they used to start that church.

Ten years ago, a good friend helped to start a new faith community in Buenos Aires, Argentina, out of the ashes of a broken and divided church. Today it is a vibrant and healthy church. They started with a small-group meeting in the home of one of the families, much like the meetings my mother and father attended in Long Island. The Upper Room proved to be the glue that kept this brokenhearted community together.

Using the Spanish language edition of The Upper Room, El Aposento Alto, the community in Buenos Aires found the daily devotions — written by everyday Christians from around the world — relatable. Each issue of the devotional guide includes “An Easy Plan to Use The Upper Room in Small Groups.” Using the devotions for Wednesdays, regardless of which day of the week they met, the small groups followed the prompting questions to guide their meetings. They added songs, intercessory prayers, and a time for refreshments. Soon the first group outgrew the home’s capacity. Instead of finding a larger venue, they started a second home group. Within a year they had formed eight house groups — all using The Upper Room. They decided to bring all the groups together for worship on Saturday nights at a church that opened its doors to them. Now, 10 years later, Cristo Rey has their own worship center and a tight-knit community of all ages. And they still use El Aposento Alto for small-group study.

New faith communities begun in Honduras share many characteristics with that of Buenos Aires. Families host groups in their homes for prayer, Bible study, song, and refreshments. These groups, located in Río Lindo, Honduras, formed a new faith community also using El Aposento Alto. The questions in the back of the magazine guide their conversation. Participants deepen bonds with others as they share stories of their own faith journey, their doubts, their questions, their challenges, and their yearnings to discover a pathway that leads to a meaningful life for themselves and their families.

My father eventually became a Sunday school teacher in the new church that my family and I attended. He equipped young children in their own budding faith formation. Later, the community helped my family when my father suffered a stroke and lost his job. As a teenager, I remember overhearing my parents praying together before going to sleep. The small groups they attended and the new church they joined helped form a solid foundation of faith that sustained them through times of adversity.

Both the English and Spanish editions of The Upper Room include the “Easy Plan” found in the back of the magazine. We encourage its use to create faith-formation groups, which in turn can be the building blocks for a new faith community.

Questions for Reflection:
1. How did your family become involved in the life of a faith community? Who helped lead the way in your family’s faith journey?
2. How might the use of The Upper Room and its “Easy Plan” (see p. 74), help establish a faith formation group in your area? What might you do to lead such a small group?
3. Whom would you invite to join in a home-based meeting that uses The Upper Room?

Ministry of the Word

I served almost two decades in pastoral ministry. There were many things I enjoyed about being Read More 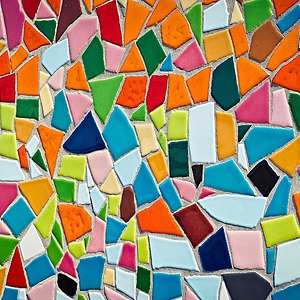 Dear Upper Room Community, Over the past two months this blog space has allowed us to Read More

Share the Gifts of Hope, Love, Grace, and Peace

"Thank you for the creative teams [of The Upper Room] who are working together to share the power of prayer around the world. You have collaborated with everyone working from our homes to share the gifts of hope, love, grace, and peace." (Written in response to The Upper Room COVID-19 response efforts). View Jaqui's video contribution to the initiative, helping us create space and time for God in these anxious times.