While he was still a long way off, his father saw him and was filled with compassion for him; he ran to his son, threw his arms around him and kissed him. - Luke 15:20 (NIV)

I have been in the prodigal son’s shoes. I have experienced moments of regret and remorse and have humbly stumbled home.
When reading this parable, I have always paid more attention to the prodigal son and have missed the wonderful, life-changing focus of the passage: God’s love. Just like the...

Today's Prayer
Dear Father, help us to know that we are forgiven, and help us to receive your love. Amen.
48 Comments
sorted by
Log In to leave a comment

11 Jesus said, “A certain man had two sons. 12 The younger son said to his father, ‘Father, give me my share of the inheritance.’ Then the father divided his estate between them. 13 Soon afterward, the younger son gathered everything together and took a trip to a land far away. There, he wasted his wealth through extravagant living. 14 “When he had used up his resources, a severe food shortage arose in that country and he began to be in need. 15 He hired himself out to one of the citizens of that country, who sent him into his fields to feed pigs. 16 He longed to eat his fill from what the pigs ate, but no one gave him anything. 17 When he came to his senses, he said, ‘How many of my father’s hired hands have more than enough food, but I’m starving to death! 18 I will get up and go to my father, and say to him, “Father, I have sinned against heaven and against you. 19 I no longer deserve to be called your son. Take me on as one of your hired hands.” ’ 20 So he got up and went to his father. “While he was still a long way off, his father saw him and was moved with compassion. His father ran to him, hugged him, and kissed him. 21 Then his son said, ‘Father, I have sinned against heaven and against you. I no longer deserve to be called your son.’ 22 But the father said to his servants, ‘Quickly, bring out the best robe and put it on him! Put a ring on his finger and sandals on his feet! 23 Fetch the fattened calf and slaughter it. We must celebrate with feasting 24 because this son of mine was dead and has come back to life! He was lost and is found!’ And they began to celebrate. 25 “Now his older son was in the field. Coming in from the field, he approached the house and heard music and dancing. 26 He called one of the servants and asked what was going on. 27 The servant replied, ‘Your brother has arrived, and your father has slaughtered the fattened calf because he received his son back safe and sound.’ 28 Then the older son was furious and didn’t want to enter in, but his father came out and begged him. 29 He answered his father, ‘Look, I’ve served you all these years, and I never disobeyed your instruction. Yet you’ve never given me as much as a young goat so I could celebrate with my friends. 30 But when this son of yours returned, after gobbling up your estate on prostitutes, you slaughtered the fattened calf for him.’ 31 Then his father said, ‘Son, you are always with me, and everything I have is yours. 32 But we had to celebrate and be glad because this brother of yours was dead and is alive. He was lost and is found.’”

Today, I will not allow my past to block my view of God’s love.

Someone struggling to return to God 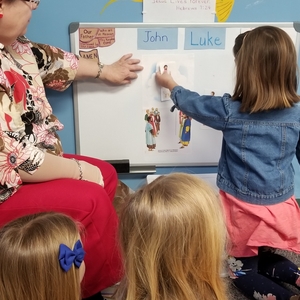