Consider it pure joy . . . whenever you face trials of many kinds, because you know that the testing of your faith produces perseverance. - James 1:2-3 (NIV)

After Jacob wrestled with a stranger, this stranger gave him a new name. The man said, “Your name will no longer be Jacob, but Israel, because you have struggled with God and with humans and have overcome” (Gen. 32:28, NIV). Through his struggle, Jacob changed. He was not the same...

Today's Prayer
Dear God, remind us that through our suffering we can learn perseverance and wisdom. Amen.
67 Comments
sorted by
Log In to leave a comment

22 Jacob got up during the night, took his two wives, his two women servants, and his eleven sons, and crossed the Jabbok River’s shallow water. 23 He took them and everything that belonged to him, and he helped them cross the river. 24 But Jacob stayed apart by himself, and a man wrestled with him until dawn broke. 25 When the man saw that he couldn’t defeat Jacob, he grabbed Jacob’s thigh and tore a muscle in Jacob’s thigh as he wrestled with him. 26 The man said, “Let me go because the dawn is breaking.” But Jacob said, “I won’t let you go until you bless me.” 27 He said to Jacob, “What’s your name?” and he said, “Jacob.” 28 Then he said, “Your name won’t be Jacob any longer, but Israel, because you struggled with God and with men and won.” 29 Jacob also asked and said, “Tell me your name.” But he said, “Why do you ask for my name?” and he blessed Jacob there. 30 Jacob named the place Peniel, “because I’ve seen God face-to-face, and my life has been saved.”

In the midst of my struggles, God is working to make me mature and complete.

Someone searching for employment 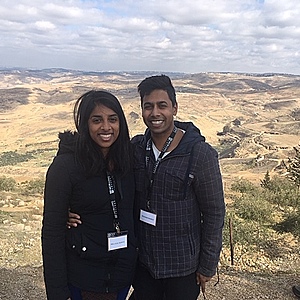 Melissa and her husband on Mount Nebo As I’m writing this blog, my husband and I Read More 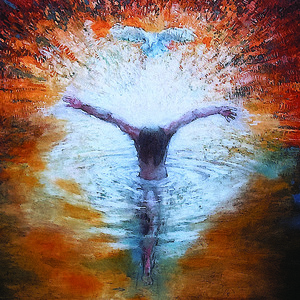 February 5: “I’ve Been There” 1. Describe a time when you experienced a loss. How did Read More 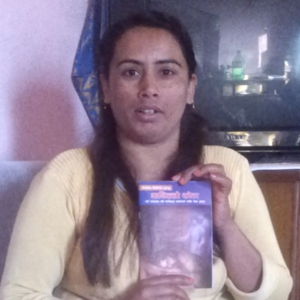 “Namaste, greetings, and good morning. My name is Sabita, and I am a regular reader of Mathillo Kotha, the Nepali edition of The Upper Room. I have been reading the devotional for two-three years, and it has helped me very much to grow in my faith. It has also helped my family to gather in one place and to fellowship.”Give to the International Editions of The Upper Room, and make a global impact.

Sabita,
Reader of Mathillo Kotha, the Nepali edition of The Upper Room